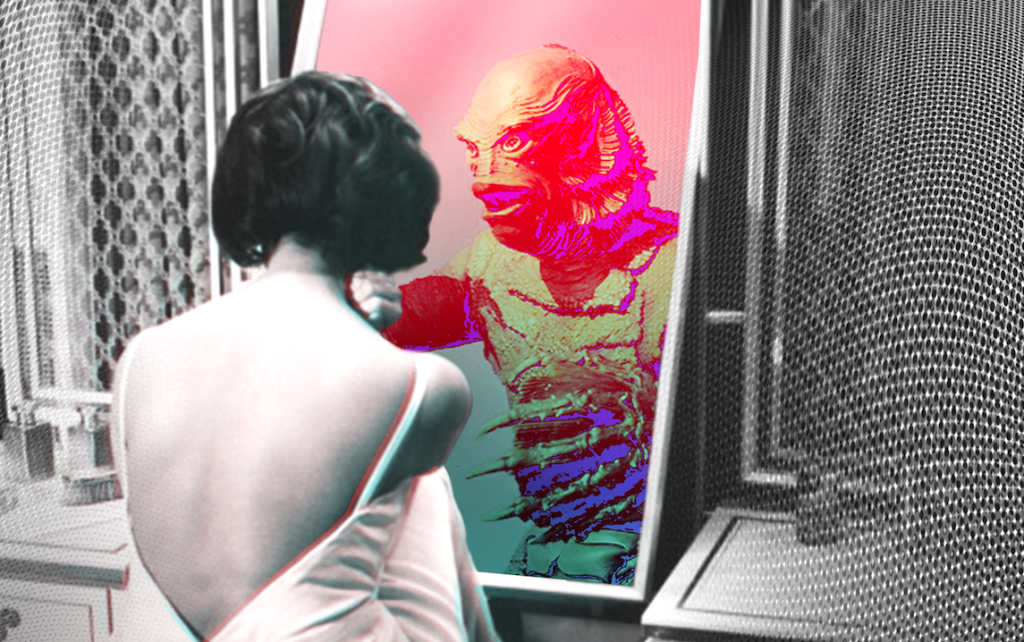 Emma Sobota is a graphic designer and illustrator from New York. Words by Emma. “The idea behind Inner Beauty is based of the dual identities that we have within ourselves. We have our identity that the world around perceives and the identity that is our true inner self. Despite what appears on the surface, people are very good at hiding their inner demons, fears, frustrations, and insecurities. My creative process with this piece was inspired by the swamp thing monster. I recently saw a film where the swamp thing monster kept making cameos throughout, which I thought was hilarious, so I immediately had to sneak ’em in somewhere!”

“This piece sort of came out of a joke I have about myself. I don’t wear much makeup during the day, but at night I like to go all out and I always make the joke that it’s like I turn into a different person. Makeup and hair have the power to completely transform a person. My creative process began with doodling some faces. I’ve been super interested in combining more doodle markings and hand illustration with collage, so this is a slow step into experimenting with this style.” “This arose out of the common phenomenon of people portraying a false sense of identity on social media. More and more I’m bombarded by posts, comments, and tweets of people who talk a big game, but don’t really have anything to show for it. They scream and shout for their support about an ideal, but then don’t put their words into actions. My creative process is very much process based. First I start with a visual that I like and then the entire image emerges from there. With this piece I began cutting out lips from various advertisements from 70s/60s magazines.”